Travel to Los Angeles With Children 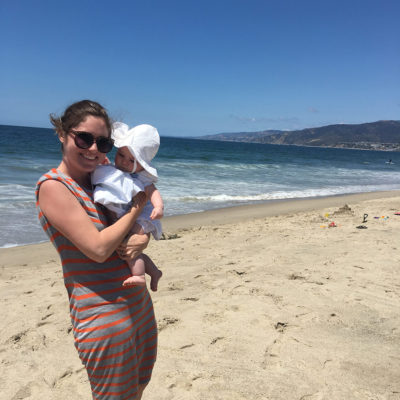 LA, the City of Angels, is a big and daunting place, often disappointing to visitors who expect a paradise of palm trees and star-filled streets.

The city is in fact a big suburban sprawl interconnected with freeways and big boulevards packed with cars, and doesn’t resemble much of a city, in the traditional sense of the term, aside from perhaps Downtown.

But like many cities, LA is one of those places you have to get to know to uncover its hidden gems.

And once you discover those hidden gems, you may just change your mind about LA.

Having lived there myself, I knew ahead of time what I wanted to see, but with small children in a city so spread out, we had to be selective with what we chose to do.

Here are five things we did and that I recommend with small children:

1. A morning excursion to the Getty Villa followed by lunch in Brentwood

Modeled after a first-century Roman country house, the Villa dei Papiri in Herculaneum, the Getty Villa is for visitors of all ages interested in beautiful views, herbaceous gardens, and with a penchant for Ancient Roman history and architecture. Up in the Malibu Hills, an excursion to the Getty Villa was the perfect way to head up the iconic PCH and and get some glorious views of the hills dropping into the Pacific while getting a culture fix. 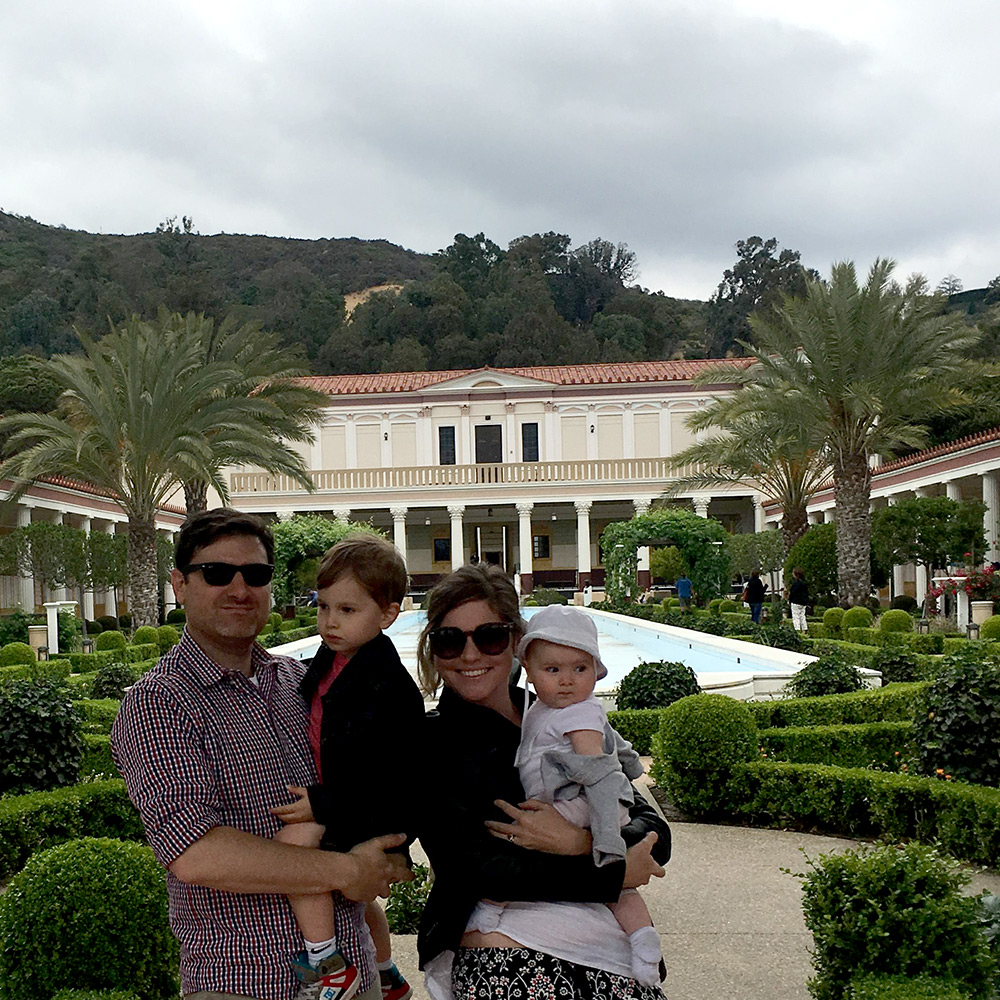 Have you ever wondered while walking through Roman Ruins what life must really have been like? The Getty Villa will give you an inkling.

Small children will run around the gardens and be fixated by the fish in the fountains. 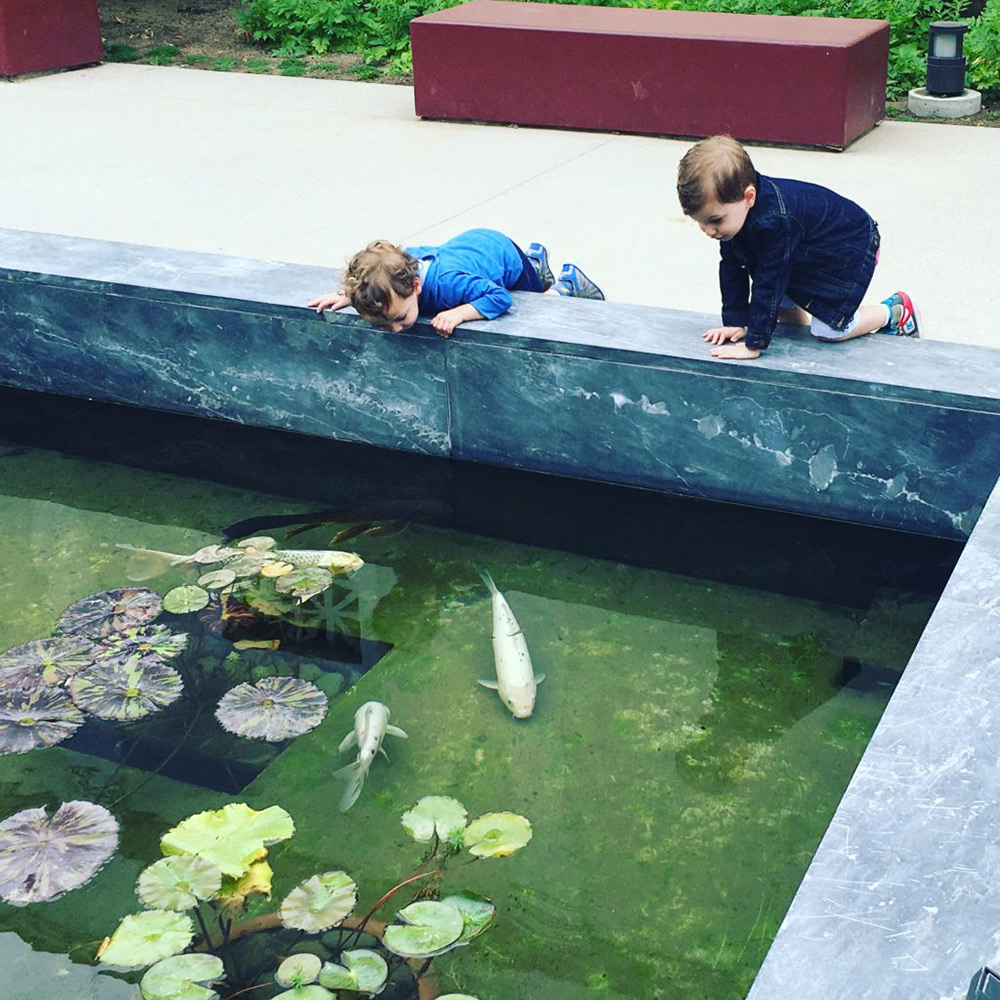 After a busy morning running around the Getty Villa, we then drove ten minutes to have lunch at the Brentwood Country Mart. This charming little outdoor food area had a selection of different types of food for all tastes. Being that we were in California for a short while, we decided to go for Mexican fare and inhaled a few delicious burritos and tacos, while sitting in the courtyard. 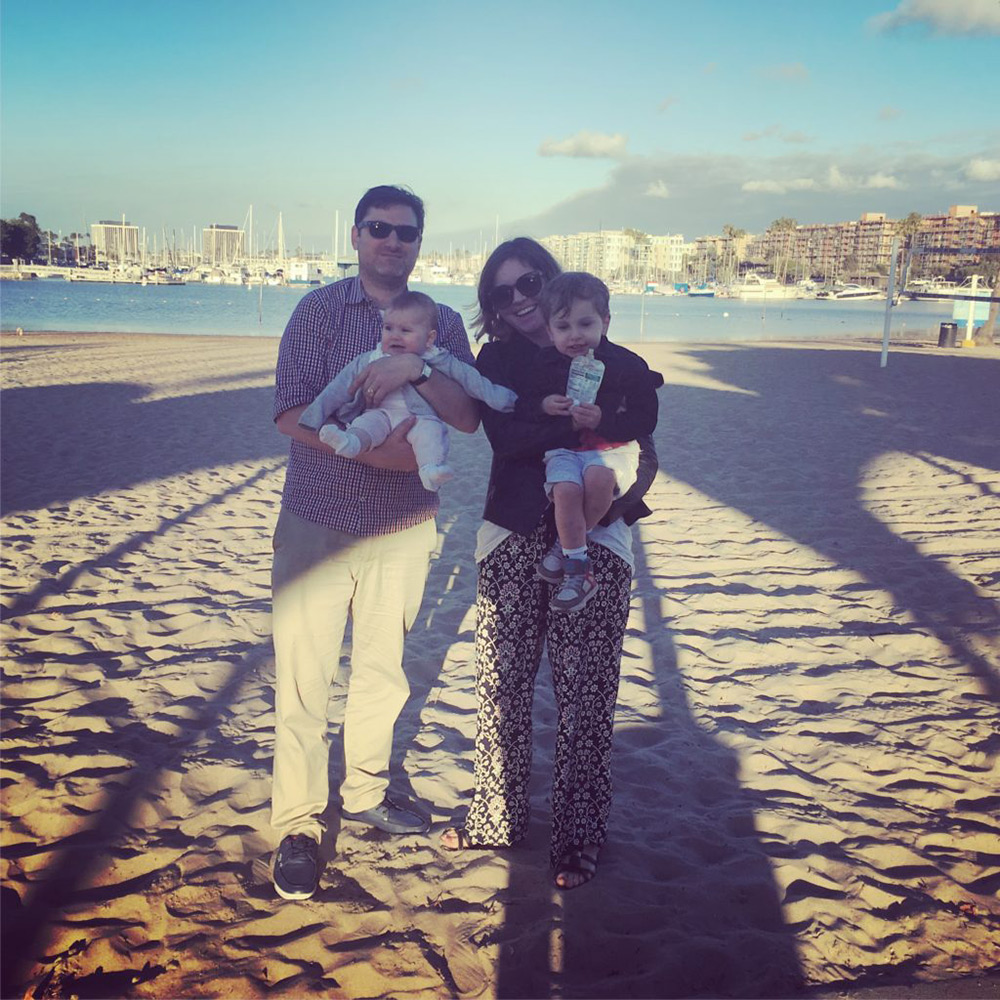 When it came time for dinner, our friend suggested we grab a bite down by Mothers Beach at Marina del Rey where locals gather on Thursday evenings to picnic on this sweet little beach, complete with a playground — ideal for small children.

When traveling to LA, going to a museum is not typically top of mind, but LA is filled with fantastic museums that are worth discovering, the California Science Center being one of them.

While LA is a sprawling mess, the city is gradually making an effort to develop its public transportation system. With the new line that connects Long Beach to Downtown, we decided to ride down to the California Science Center, right next to the Natural History Museum. 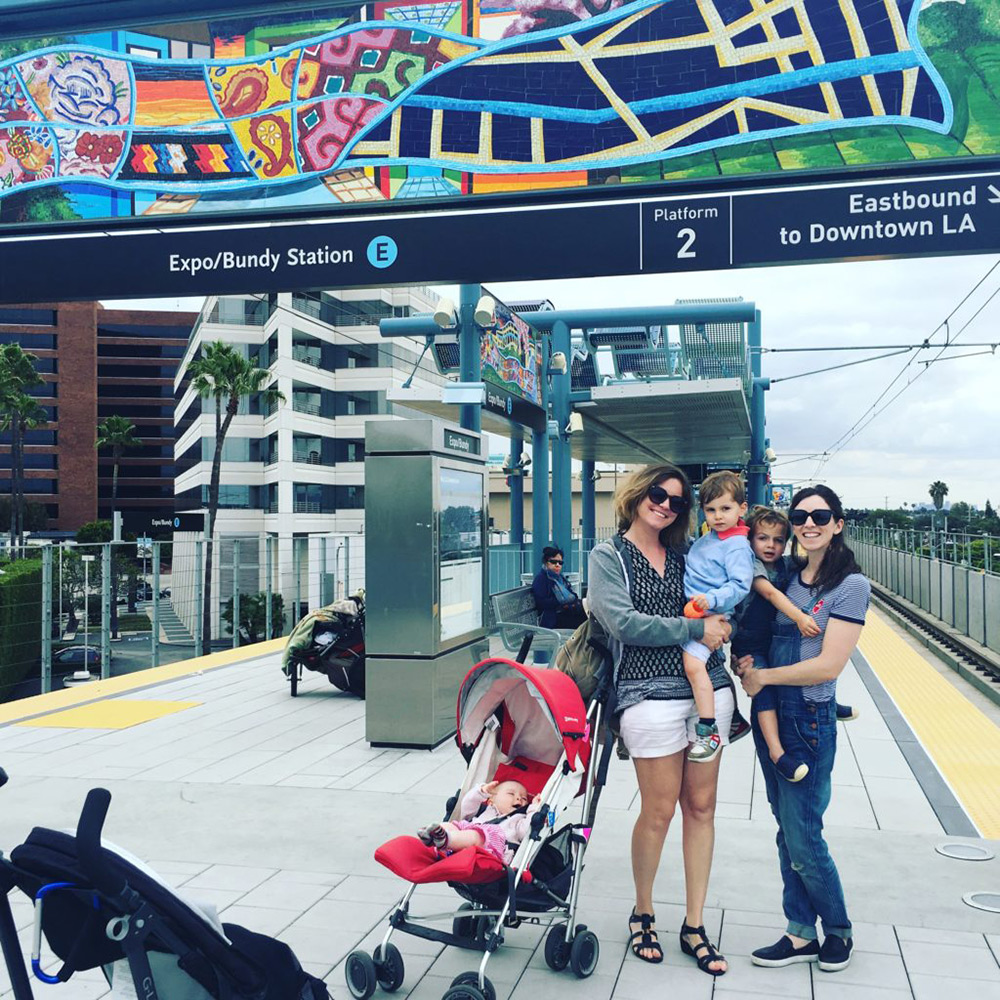 Complete with a beautiful rose garden, the Science Center is free with discovery rooms on each floor, perfect for kids of all ages. 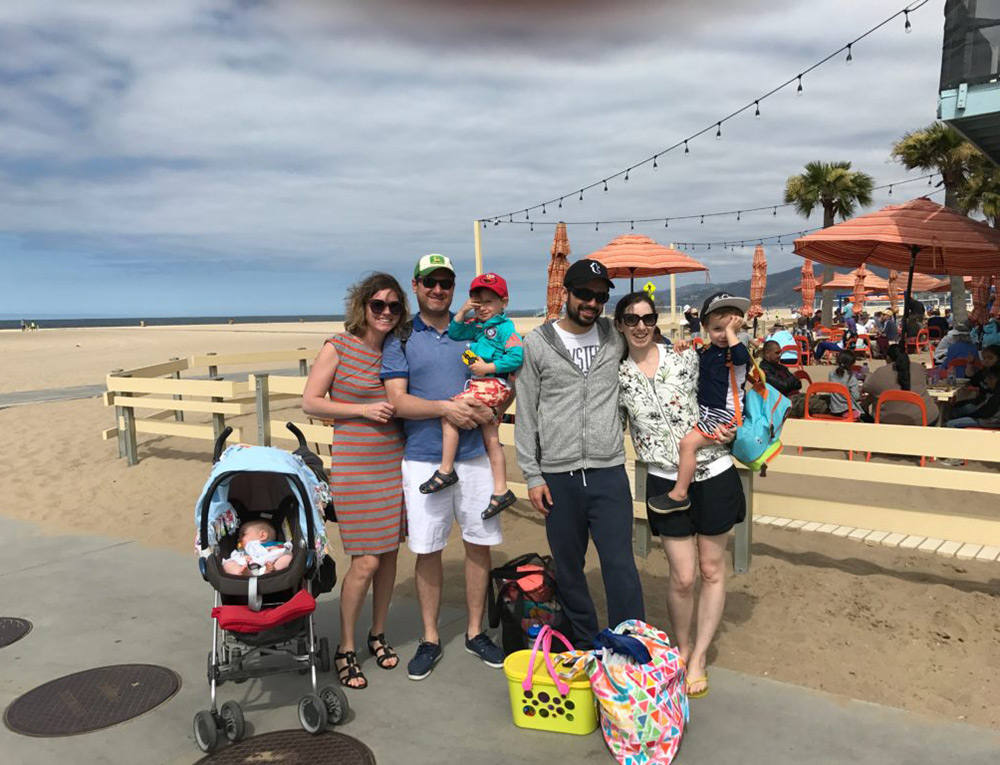 It’s hard to visit LA and not spend any time at the beach. If the beach is what you’re after, check out the Annenberg Beach Community Beach House, which has a nice restaurant on the beach, a playground, and, if you reserve ahead of time, access to a pool. It’s actually really close to the Getty Villa, so you may want to consider tying in these two excursions on the same day. With its beautiful views, this place is ideal for a morning on the beach. 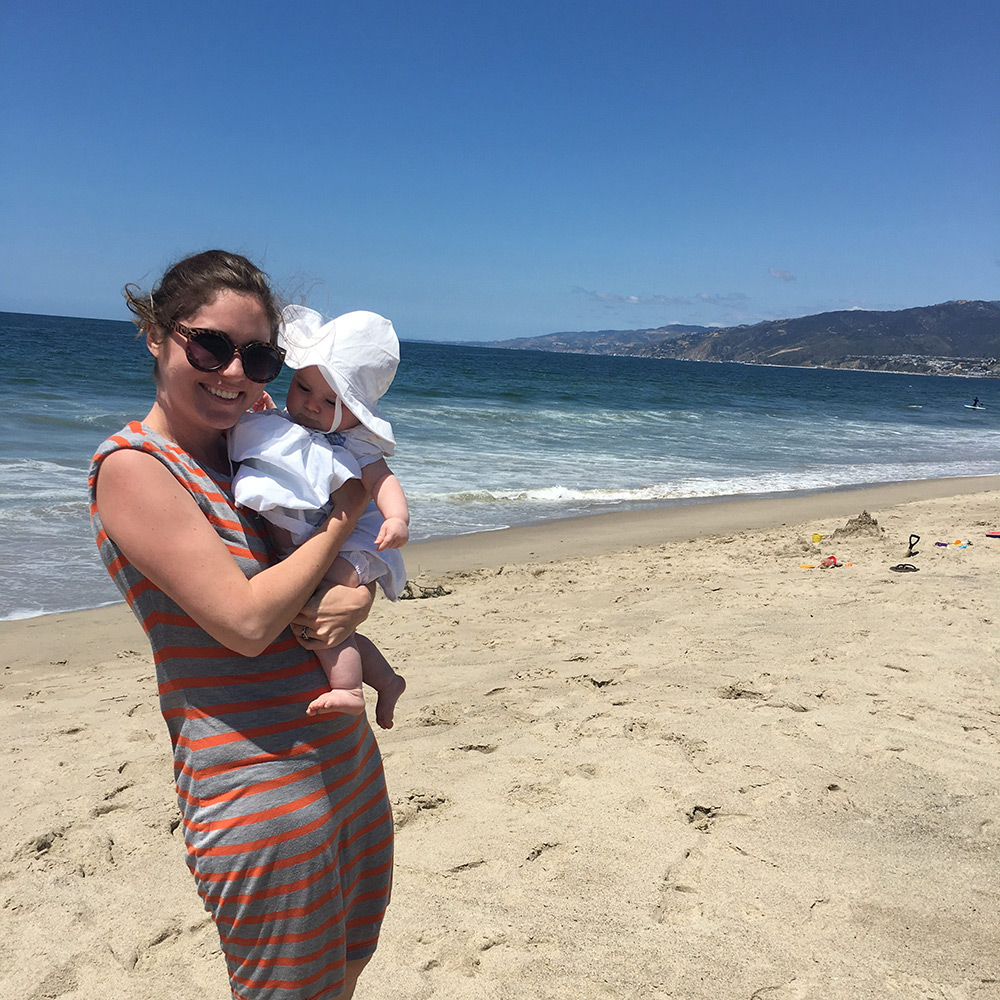 5. A Stroll Along the Venice Canals 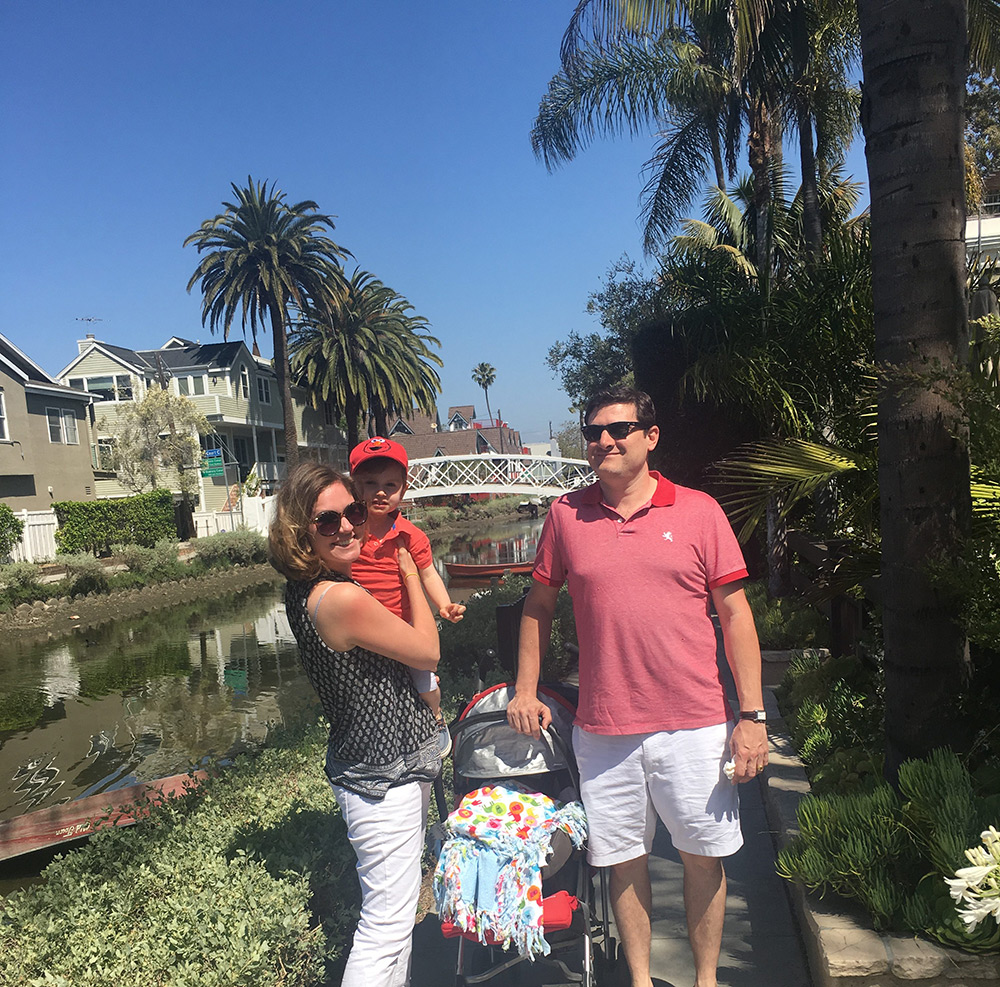 We all know Venice, Italy, is famous for its canals, but did you know there was a Venice in California, also boasting charming canals? With each house more picturesque then the next, a morning stroll along the Venice Canals is a relaxed way to spend a morning while discovering a rather charming part of LA. There’s even a little playground for your children. 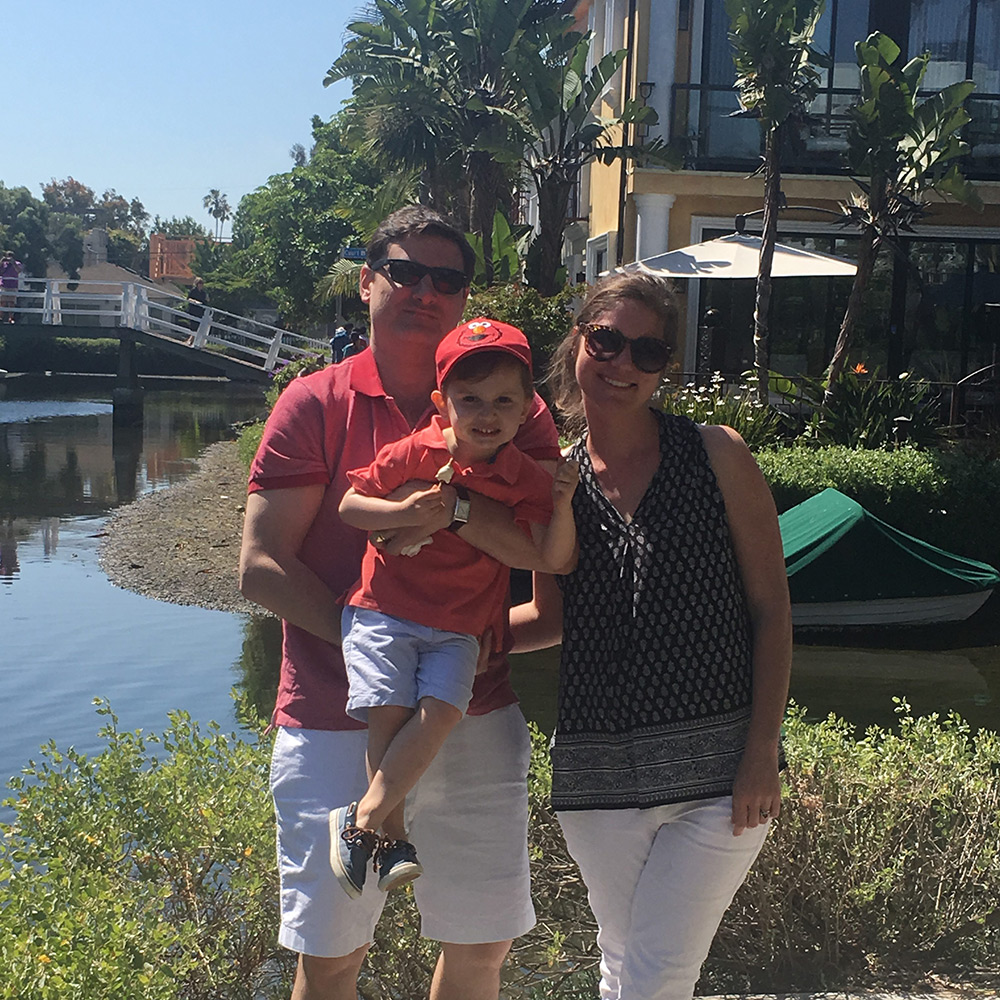 If we had a bit more time, we would have spent a morning in Manhattan Beach, another one of my favorite neighborhoods. But there really is a lot to do in LA, and when traveling with small children, it’s all about finding the right balance.