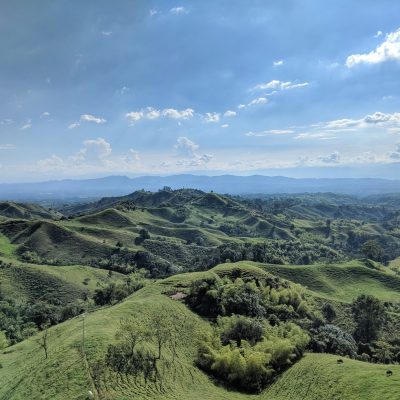 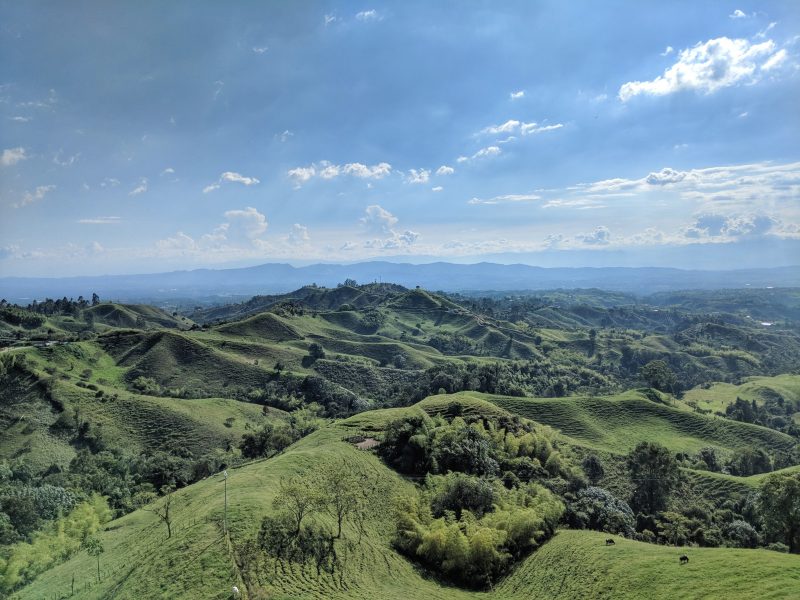 Known for its rich culture and its diverse landscape, if you are looking for a destination on the rise, travel to Colombia. Indeed, Colombia is the only Latin American country where you can enjoy the Pacific and the Atlantic Oceans, the Carribean and the Andes, without forgetting the Amazon. For these reasons, Colombia benefits from a rich fauna and flora resulting in a delicious selection of fruit and tropical juices. Colombia is also the country of coffee, where you can learn everything in the coffee-making process.

With a warm and welcoming people, Colombians celebrate all sorts of holidays and festivals with their culture that intermingles Indigenous, African, and Latin roots. Between the salsa, the cumbia and wild nights out in the more cosmopolitan cities, Colombian are famous for loving to dance and celebrate.

Things to See & Do in Colombia

Bogota is Colombia’s high altitude capital. Explore Bogota’s historic center Candelaria with its cobblestoned streets peppered with colorful colonial homes with wooden balconies and patios replete with flowers. Some of the landmarks here to visit are the Teatro Colón, the neoclassic performance hall, and the 17th-century Iglesia de San Francisco.

The magical Tayrona National Park, in northern Colombia, is a large protected area with a rich biodiversity between the Sierra Nevada mountains and the Carribean coast covered in a thick rainforest. Probably the closest you will come to visiting Paradise on Earth, this parc is also home to sumptuous white sandy beaches with crystal clear waters. At its heart, the Pueblito ruins are an archaeological site accessed via forest trails, with terraces and structures built by the Tayrona civilization.

Cartagena, the Pearl of the Carribean, is a port town on the Carribean coast founded during the 16th century. With its cobbled streets, brightly colored colonial homes, Cartagena’s rich culture will surprise and enchant you.

Head to the Valle de Cocora by way of the town Salento to discover the coffee, banana, pineapple plantations. Here you will also find the Quindio wax palms, the world’s largest palm trees. 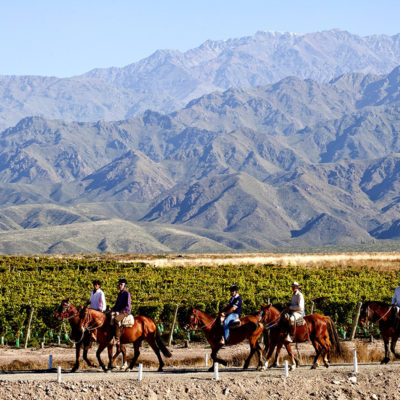 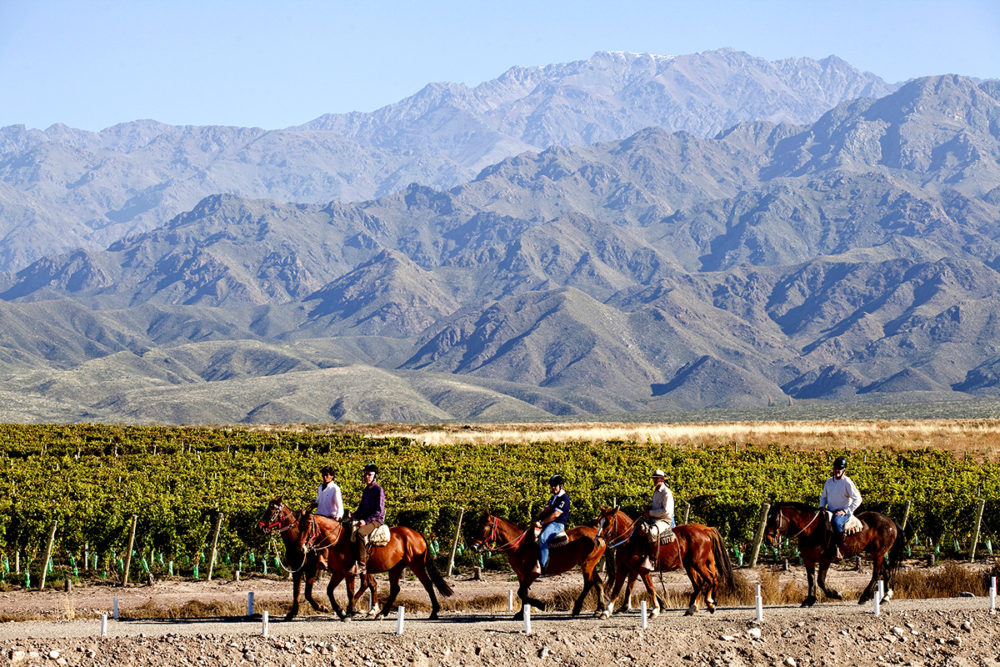 Discover Argentina, the second largest country of South America! From the impressive Iguazu falls to the imposing Andes mountains, and the world-famous wine region to the cultural and vibrant cities, Argentina’s diversity will fascinate.

Argentina is a fascinating land of contrasts and of unspoiled nature along its 3.694km (2.295mi.) from north to south and 1.423km (885mi.) from east to west. You can find impressive waterfalls, appealing landscapes, delicious wines, peaceful lakes, breath-taking glaciers, the world´s southernmost city also known as “the end of the world” as well as abundant wildlife.

Buenos Aires, the capital city, is itself worth spending some time to discover its elegant Parisian vibe and so many diverse neighborhoods.

The capital of Argentina and the center of the political, economic, and intellectual life of the country, Buenos Aires has a strong European influence reflected in its refined cuisine, its luxury boutiques and in the elegance of its inhabitants. Despite modern constructions and dynamic activity, it has managed to preserve old traditions and charming corners.

The cosmopolitan atmosphere and the individual personality of each of its neighborhoods fascinate its visitors. Almost 13 million people live there and can enjoy the plentiful nightlife. During the day, a wide variety of attractions are offered: museums, art galleries, antique stores, large green areas and parks, renowned sporting events and golf courses. This is the birth place of tango music, which is included in the UNESCO list of Intangible Cultural Heritage of Humanity.

Nature blessed the Argentine, Brazilian and Paraguayan border with a show of her splendid talent. Iguazú Falls leave every visitor speechless. You can literally stand only a few meters away from this impressive mass of water; a total of 275 falls dropping over 70m (230ft.). Garganta del Diablo (Devil’s Throat) is the most impressive waterfall, where the falling water gives the illusion of magical rainbows. The National Park is full of exotic subtropical vegetation surrounding the falls: several plant species with giant trees, ferns, lianas and orchids, 400 species of colorful birds (toucans, parrots, woodpeckers, humming birds and butterflies, with fascinating vivid colors and designs), and other fauna such as jaguar, tiger-cat, foxes, tapir, monkeys.

Patagonia, the southernmost region of South America is a mesmerizing part of the world. With its glaciers and lakes,  arid steppes, grasslands and deserts, this is a voyage that will forever be engraved in your memories.

This week-long tour of Patagonia takes you to the following places:

Located on the Chile side of the Patagonia region and known for its soaring mountains, bright blue icebergs that sever from glaciers and golden grasslands, or pampas, sheltering rare wildlife, the Torres del Paine National park is an absolute must on your visit to Argentina.

Discover the exciting nature at Perito Moreno Glacier and inside the National Park Torres del Paine, as well as an unforgettable cruise from Punta Arenas to Ushuaia. 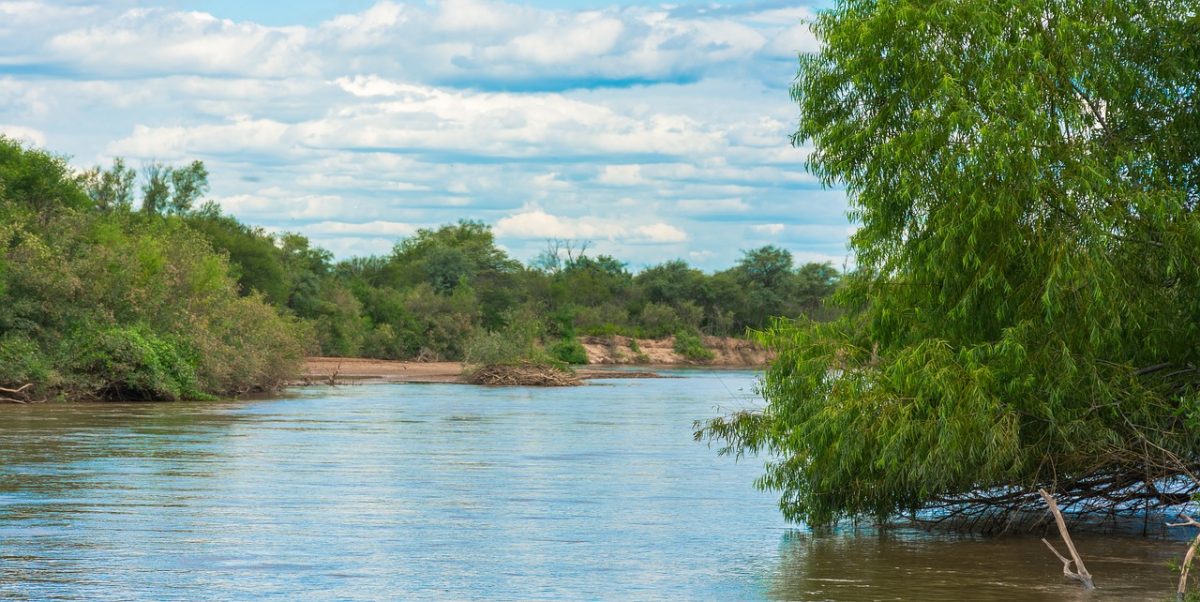 With the fantastic network of lakes, rivers and streams, and a great diversity of salmon and trout, Argentina is a fisherman’s dream destination. 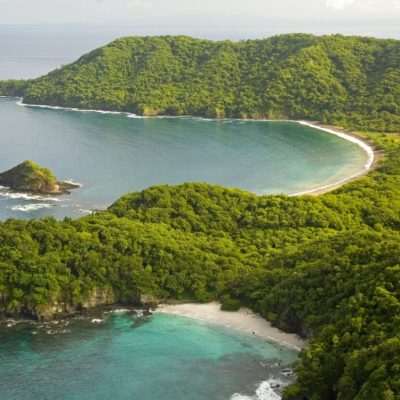 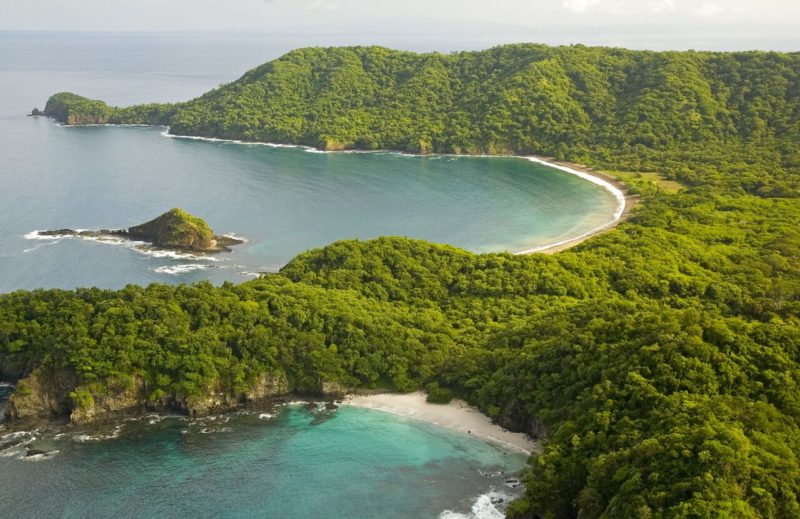 Enjoy this week-long stay in the natural paradise that is Costa Rica. Here are some highlights: