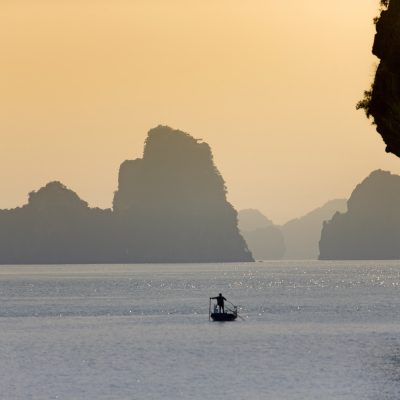 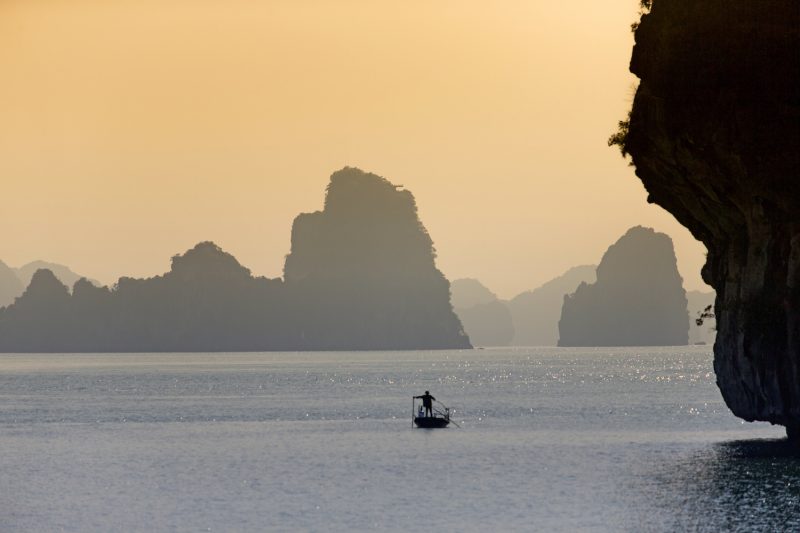 Steeped in history, the S-shaped narrow country of Vietnam is a country that does not disappoint. From its famous cities Hanoi to Saigon–on either geographical extreme of the country, to the Mekong delta and the authentic remote Tonkin provinces, time in Vietnam seems to slow down. Much like its South East Asian neighbors, Vietnam’s atmosphere is serene, yet full of life, color, scents and flavors — not to be missed.

The best time to travel to Vietnam for the climate is from September to mid-December and mid-February to May.

What to See and Do in Vietnam

Formerly called Thang Long (“city of the rising dragon”), Hanoi became Vietnam’s official capital city in 1954 after the signature of the Geneva Agreement. The city later suffered tremendously from the American bombardments during the Vietnam War, which destroyed the city. The end of the conflict marked a long period of withdrawal from the outside world. Hanoi started to open up again as recently as the 1990s with the Doi Moi economical opening.

The city of today is a capital of irresistible charm, at the meeting point of tradition and legend, dotted with lakes, tree-lined avenues and lush parks. In its centre, Hoan Kiem Lake truly is the historical heart, where Asian and European influences mingle.

Nevertheless, you may be surprised to see how urbanized the city has become. Indeed, Hanoi is now a diverse metropolis.
Business prospers side by side with the ancestral traditions of the old quarters, where charming narrow streets bearing names of their guilds (Hàng Gai Street–silk street, Hàng Bac–gold and silver street) interconnect.

Spend a Day on a Traditional Wooden Junk in Halong Bay

A stunning UNESCO World Heritage site of over 3,000 islands of towering limestone dotting the bay and Gulf of Tonkin, Halong Bay is a marvel and one of Southeast Asia’s premier travel destinations. Come here in the morning to board a traditional wooden junk and spend the day exploring the to magical Halong Bay.

Leap Back into Time in Hue

Listed as a UNESCO World Heritage Site, Hue is the archetypal Vietnamese imperial city. This historically and culturally rich city is famous for its the imperial citadel, its scattered tombs and its walls surrounded by moats covered with lotuses and water lilies; all on the backdrop of a sumptuous landscape.

Hue is located in the central part of Vietnam, south of the 17th parallel. It was the capital city of Vietnam under the reign of the Nguyen dynasty, from the early 19th century to 1945.

The famous Perfume River divides the city, separating the old city to the North from the modern city to the South. Through history, the city has acquired immense prestige and refinement, making it one of the richest cultural destinations in the country. Hue’s historical and intellectual heritage can be seen everywhere; in the arts, the cuisine, the architecture and more

Hoi An, a small fishing village 30 kms south of Danang, was for many centuries an obligatory stop-over for all merchant ships traveling between Europe and Asia. Hoi An thus benefitted from multiple Chinese, Japanese and French architectural influences. At the end of the 19th century, however, the Thu Bon River linking Hoi An to the sea silted up making it no longer possible for large merchant ships to sail through. Danang took over as the region’s main port. Today, Hoi An boasts over 800 listed historical buildings. Its town center is closed to traffic and has been listed a UNESCO World Heritage Site.

In addition to its historical interest and the charm of its small streets, the city is renowned for its culinary specialties, its large white sandy beaches and the opportunity to shop in its numerous boutiques (tailoring, ancient ceramics, lanterns and other decorative artifacts).

Hoi An is also the closest town to the site of My Son, the oldest and largest archaeological site in Vietnam. This ancient religious site, which has welcomed monarchs and the highest society for almost 9 centuries, is in itself worth going to Hoi An for.

Ho Chi Minh City, formerly called Saigon, is the most populous, modern and lively city in Vietnam. The economic heart of the country, the city attracts entrepreneurs from all over. Each year, new skyscrapers spring up on the skyline.

Above all, it is a city characterized by the various occupations of the colonial era and many buildings in the city centre are testimonies of a French past. Modern office skyscrapers, amidst Oriental style pagodas and food stalls along the street, create a dynamic and unique urban vibe. It is not oddly tidy like in Singapore, nor will you find urban slums omnipresent in India.

Because of its strategic position close to the Delta and at the meeting point of Cambodia and Laos, it has always been a very commercial city, nicknamed “Vietnam’s shopping centre”. You will be able to find anything, and often cheaper than anywhere else.

You will also find in Ho Chi Minh, the Cu Chi tunnels, a vast tunnel network created by Viet Cong guerrilla fighters during the Vietnam War.  You can visit these tunnels to learn about their important role during the war, Vietnamese history, and discover the daily life of rural southern Vietnam.

Finally, if you like dancing, Ho Chi Minh’s nightlife, and its wide selection of bars and restaurants will most certainly appeal to you.

The best time to travel to Saigon is from October to mid-May, as it’s not rainy season and not so hot.

Discover the Remote Tonkin Provinces by way of Hanoi — Itinerary

This two-week itinerary starts out in the legendary city of Hanoi, rich in culture and history. The majority of the tour is spent in the remote Tonkin provinces, where travelers will have the opportunity to enjoy homestays with local families, check out local markets, and discover unbelievable beautiful scenery — the Vietnam you have always dreamt about. The trip ends with a day on a boat in Ha Long Bay.