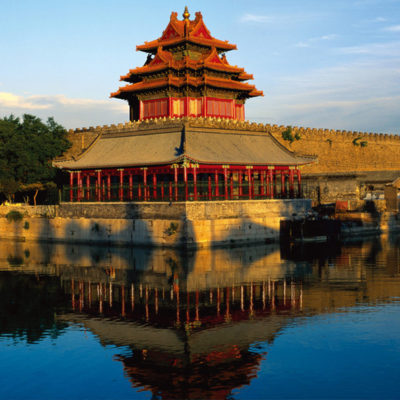 In the past seven centuries, Beijing has survived dynastic collapses, rebellions, colonial incursions, world wars, warlords, revolutions and transitions in and out of communism. Thanks to its complex political history, the Chinese capital is now home to world-class monuments. That said, it is in the small details that the human side of Beijing’s history is revealed. From the name of a city gate recalling an imperial ritual and the recipe originating in the palace kitchen passed down from chef to chef for generations, to the faded Maoist slogan still detectable on the wall of a chic new art gallery, the city is brimming with delicate reminders of its past. Beijing’s mix of new and old is truly unique. Ancient hutong lanes and traditional courtyard homes are sewn neatly between the web of bold skyscrapers. Students, teachers, businessmen and artists come to Beijing from around the world to work hard in the hopes of making their mark. Historical sites are dotted across the city with scenes from the past, offering calm in the face of a competitive new society. These architectural and social juxtapositions create a complexity unique among Chinese cities, giving Beijing a flavor that is distinctly its own.